8 FANTASTIC FACTS ABOUT AMAZON EVERY SELLER MUST KNOW IN 2022!! 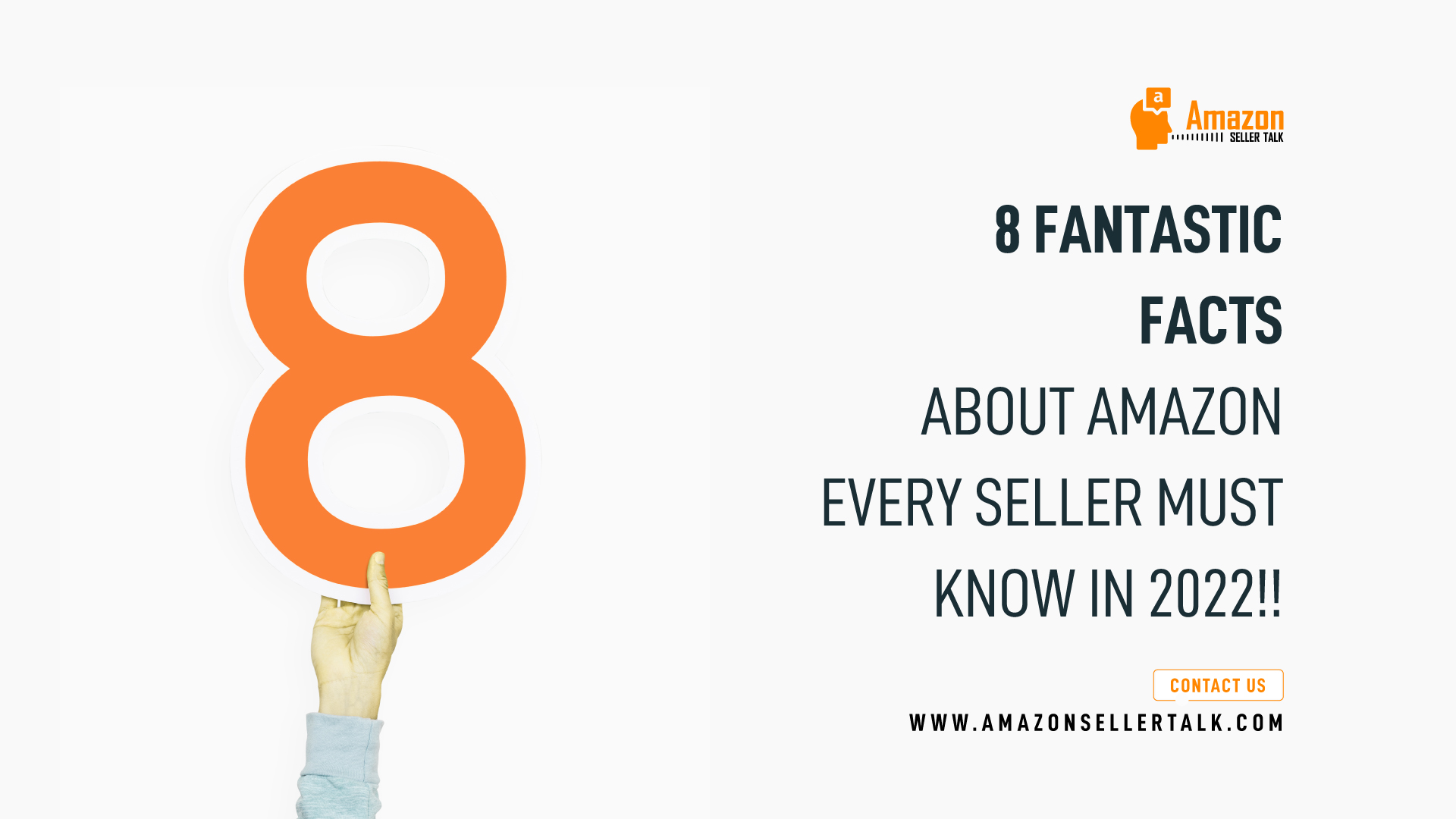 As a seller, you have to know each and every detail about Amazon to scale up your business. In that way, we've collected 10 amazing facts about amazon with the help of Amazon Selling Experts!!

Dig deeper to explore the unknown sides of Amazon!

1. Amazon Covers Nearly 45% Shares Of The Us Ecommerce Market Place

There are about 12 million items in Amazon's inventory, across all categories and services. The number increases to about 350 million if you look at all the items that Marketplace sellers list. Yes, there is a lot of competition, but there is a lot of visibility and sales as well.

Statista estimates that Amazon was responsible for 45% of US e-commerce spending in 2019 - a figure that is projected to rise to 47% by 2020.

Globally, Amazon Prime members number over 100 million (more than non-Prime members), and they typically spend over $1,000 a year. Maybe this will encourage you to fulfill with Amazon, or at least make your items Prime-eligible.

Individuals without Prime memberships tend to spend less freely than their Prime counterparts. Amazon non-Prime shoppers spend between $100 and $500 a year.

4. Most Americans Have Prime Membership

With over 95 million American Prime members, the US Amazon Marketplace is huge. Nearly two-thirds of Amazon's total audience is based in the US.

According to eTail, 90 million of these active global customers are Amazon Prime members, which amounts to nearly as many shoppers as the entire U.S. population.

Nine out of ten shoppers check Amazon for the best deals when looking for prices, and Amazon is almost always at the top of their lists. That's because consumers are searching for the best all-around package of price, customer service, and shipping speed.

7. Break the myths! Cyber Monday and Black Friday are profitable but not the most profitable ones!!

If you're looking for a massive boost in sales, Prime Day is the day to mark your calendar. On that day, not only do most people sign up for Prime, they convert (18.6%) and spend the most, as well. These figures are higher than either Black Friday or Cyber Monday.

There are nearly 2 million small and midsize third-party businesses selling on Amazon. In 2020, Amazon has invested nearly $18 billion in selling partner success.

To get more insights about Amazon and its business trends, reach out to The Funnel Guru / Amazon Seller talk.

We are the Ungating Guru, who can solve any of your product restriction problems. Lead a Happy Selling with The Funnel Guru!!